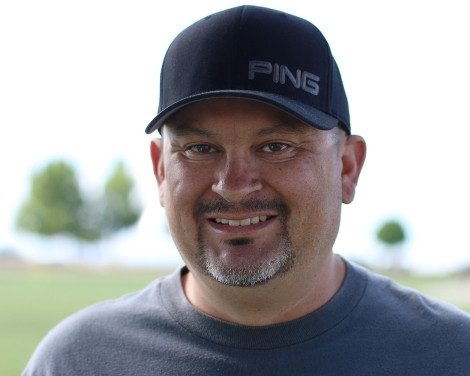 While I was under the shade of the soccer tent booth in the middle of making my images of Erica (stranger No.22),a man joined us; her husband. He watched me finish taking her pictures. Then we shook hands and exchanged a brief introduction of names. Meet Tomás who is 23/100 of my strangers.

Tomás had been listening to his wife describing her mixed emotions about the challenges of raising a teenaged son. He was somewhat philosophical about it, even though it was only 8:45 AM on a Saturday morning.

“Life is like a novel,” Tomás said. “It starts like an essay when you are alone. Then you find a mate and kids are written in, and then it grows into chapters of life. We see it all: heartache, emotions, struggles, happiness. It turns into a story. And then that story has an end. How will it end?”

He paused and reflected a moment or two. He looked at his 8 year-old son laying in the grass within earshot. Then he continued to speak.

“Anything in life that is worth doing, like having children, is going to be rewarding but challenging. I never thought I would have my own children. Now there are three. Everything we do, we do for them.”

Tomás then changed gears and asked me why I was taking his wife’s photograph. This was my opening to explain the 100 Strangers project to him, and invite him to be my next subject. I added the incentive of offering to photograph him together with his wife after his own portrait was done. He needed no convincing.

Staying under the tent, we figured out the best place to stand for a background. There wasn’t much: it was a massive green empty field with chalk lines drawn upon it. I took his photograph, and then made their couple shot.

I asked Tomás if he had already planned something special to honor Erica on Mother’s Day, which is next Sunday. He said the best thing he could do for Erica is get her an afternoon mani-pedi away from everyone, for peace and quiet and pampering.

Tomás told me he is from Taos in Northern New Mexico. This small town has a population just greater than 5,000 people. It’s known for breath taking scenery, great winter skiing, and the Taos Pueblo nearby, which is how the town got its name. Many photographers put on a bucket list a visit Taos Pueblo. It’s the only LIVING Native American community designated both a World Heritage Site by UNESCO and a National Historic Landmark. It features multi-storied adobe buildings that have been continuously inhabited for over 1000 years. I told Tomás that I myself have’t been up there yet. There is a lot of territory in New Mexico to cover.

Tomás went to school in Las Cruces. If you take a look at a map, you would see that is the Southern-most part of the state, on our border with Mexico. He wound up making his adult life right smack in the middle, in Albuquerque, over the past 20 years. Traveling around the state has impressed upon Tomás that there are many cultural layers in New Mexico. James, my stranger 9, touched on this, too.

We shook hands at our parting and then we carried on with our original purposes for being at the soccer field.