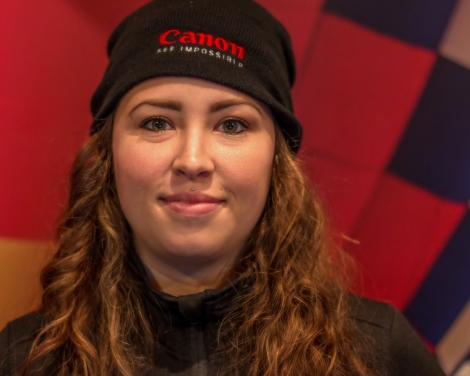 The Albuquerque International Balloon Fiesta was held from October 3-11, 2015. What locals call ‘Fiesta’ is touted as “The World’s Premier Balloon Event.” Nearly 600 hot air balloons participate in flights, joyrides, competitions and races. It’s a thrill for balloonists and a dream for photographers. I went to one Fiesta morning ascension session where it was a special shapes rodeo. The photo taking starts in the pitch black of the early morning, passes though sunrise, then ends in mid-morning bright light. I shot at least one thousand images and enjoyed dozens of pleasant encounters with people who come from far and near to enjoy the spectacle and perhaps a ride in a hot-air balloon during one of the main events.

This year, Canon was a savvy presenting sponsor. It had a prominent tent with equipment demonstrations on-site. At the rear of the tent was a porch on which several full-framed cameras were set up to point at the balloon field for trial use of the longest telephoto lenses I’ve ever seen and never imagined using (but did!). All we had to do was pop in our own memory cards. I picked the mind of two on-hand experts about various new camera body models. On the side of the tent was a gear lending library. From it, I selected a lens to shoot with for an entire morning ascension; a total of 4.5 hours. The model I borrowed was a 70-300mm “L” because it offered magnification possibilities not covered by my own existing lens collection.

The young associate who hooked me up with the gear trial was this delightful young woman, Elizabeth, 74/100 strangers. My father joined me under the sponsor tent while I was selecting the lens to borrow. Without prior consultation he told this young lady that she should permit me to photograph her for my 100 Strangers project. I had no choice but to go ahead and take her picture when she agreed with wide eyes and couldn’t have been more flattered.

There was one catch: Elizabeth couldn’t leave her station because of her job involvement. Behind her was a lovely large background image of hot air balloons apropos to the occasion. That removed the guesswork about where to place her.

The lens I had just borrowed from her had a magnification too strong for making a close-up portrait. We were standing a mere foot apart from each other on opposite sides of the lending booth counter. I switched into my own 50mm lens to take her picture.

At 5:30AM, most everyone you encounter shows some form of a dazed expression. At Fiesta, everyone wakes in the 4 AM hour (or earlier) either to report as a vendor, balloon crew member, sponsor, or event handler, or to arrive by various modes at the event grounds for Fiesta photo opportunities and spectating. Elizabeth was working. Despite the early hour, Elizabeth was very “on.” I had to coach her into dialing down her smile so I could better see her eyes.

Elizabeth’s regular day job is a Canon sales agent at the call center in Albuquerque, NM. This opened in 2014, which explains why corporate is just now realizing the value of the presence at Fiesta. The event let Elizabeth meet customers in person; observe first hand excitement for Canon products; and see pictures made by users of various levels of experience who borrowed equipment.

When I asked Elizabeth what makes her happy, she said it was her friends and family. Elizabeth is originally from California. When her mother’s family moved to Albuquerque, her immediate family followed, too. She is now 25 years-old and describes herself as a quiet observer. Asked if she would have advice for her teenaged self, she said, “I would say to trust my intuitions more, stay focused and do better in school.”