Here is 2/6 Black and White image for our latest assignment.

In this image we are looking down the barrel of a large gun ship cannon pointed out the starboard side of the second deck on the USS Constitution; Old Ironsides. This vessel, stationed in the Charlestown Navy Yard in Boston, was used during the War of 1812. 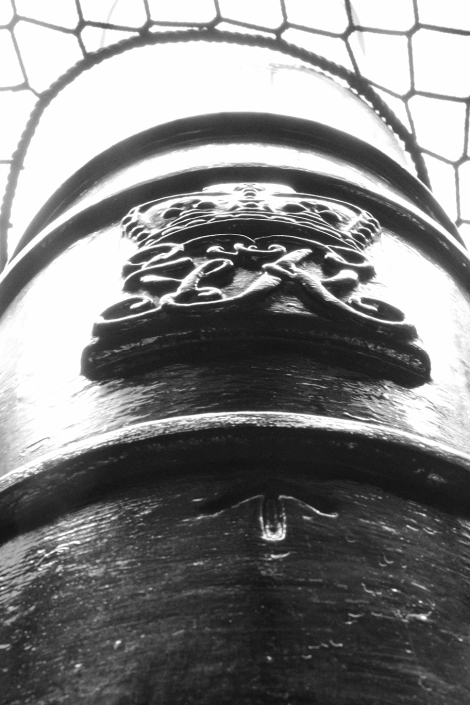 Originally rated as a 44-gun frigate, Constitution typically carried around 54 cannon. During the War of 1812, she mounted thirty 24-pdr long guns on the gundeck and twenty-four 32-pdr carronades on the spar deck, as well as a long 18-pdr “chase” gun forward.  Those aboard the vessel today are replicas.

The gundeck is below the the top deck. Nevertheless, I shot into the sunlight when I made this image.  The natural light was so bright that it was impossible to see the very tip of the long gun.