Over Memorial Day weekend, we made a road-trip to Arizona. 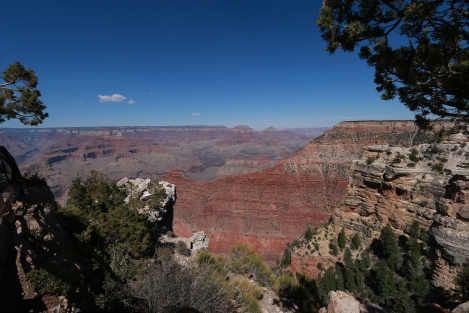 Our original destination was the Petrified Forest NP. This has been on my wish list since I was a child, and it did not disappoint. It was, however, overcast and slightly rainy once we got there. I’ll share images from that visit in a subsequent post. Since the weather was showing no signs of changing over the next few days, we decided to take advantage of our proximity to the Grand Canyon, and headed to Flagstaff for a motel. In the morning we drove the additional 70 miles to reach the South Rim. You only live once, so we went for it.

The traveling was made possible because of my score of a pair of DVD players that can either synch up with each other or play individual movies. The littlest traveler in the booster seat enjoyed Elmo in Grouchland, Curious George, and Frozen.  Viewers in the rear of the minivan enjoyed Chicken Run, Frozen, Matilda, Trumpet of the Swan, and yes, Elmo in Grouchland. My boys particularly enjoy Mandy Patinkin singing “More,” as the deviously selfish blanket stealing Huxley.

Summer in the Southwest is a popular time for tourism. Unfortunately it’s also a time of forest fires. With severe drought across the Southwest, we constantly face the risk of man-made and naturally occurring forest fires. In fact, while we were on the road firefighters were battling the human-caused Slide Fire that had already burned 7.5 square miles in and around Oak Creek Canyon; a scenic recreation area along the highway between Sedona and Flagstaff.  When we reached the South Rim of the Grand Canyon we also noticed a small fire in the canyon, or just beyond. It had begun in the early afternoon and was producing a smoke flume by the time sunset came along; it cast a haze in many of my images.

I used my wide angle 10-22mm for the canyon images.  While I am sure every angle and rock face of this park has been photographed, these I can count as mine. Since we had our 2-year old in the gang, we took her stroller and walked for a few miles on a paved route.  At sunset, I had to jockey for a spot with my tripod between Belgian, Japanese, and German shutterbugs. 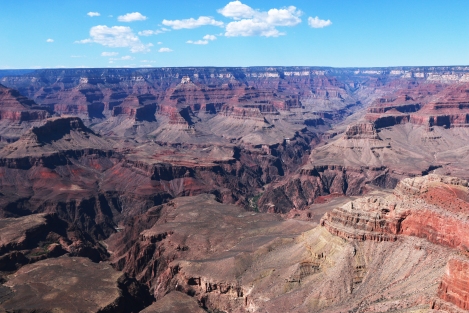 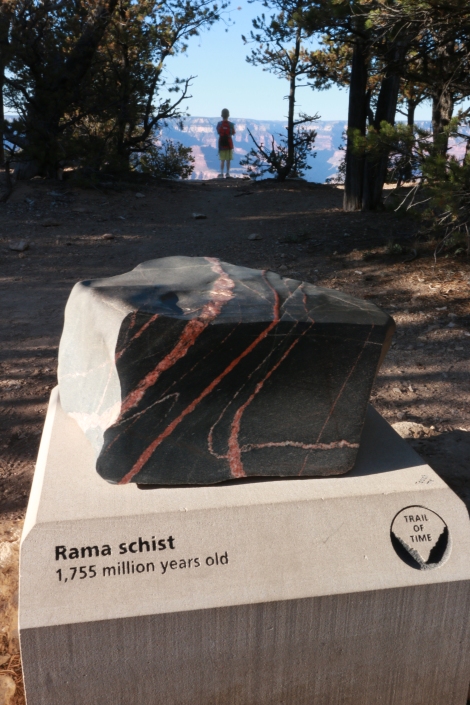