It’s a hot summer day. Across the street from the beach, I saw this on the sidewalk: a satisfying example of how street photography reflects culture back to us. 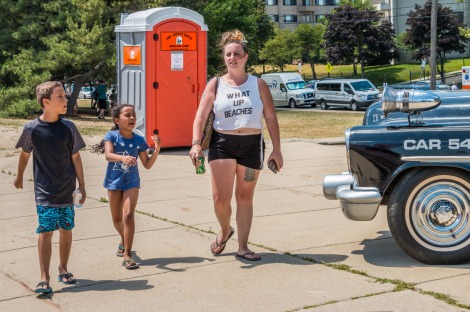 A meme is an activity, concept, piece of media or a catchphrase that spreads from person to person via the Internet. It’s an element of a culture or system of behavior that may be passed from one individual to another by non-genetic means, especially imitation or mimicry.

The t-shirt puns its way into cleaning up the contemptuous expression of saying hello to people at the beach.

2 responses to “When a Meme Evolves”