Here is one of a few images from the recent Early Iris Flower Show at the Albuquerque Botanic Garden. 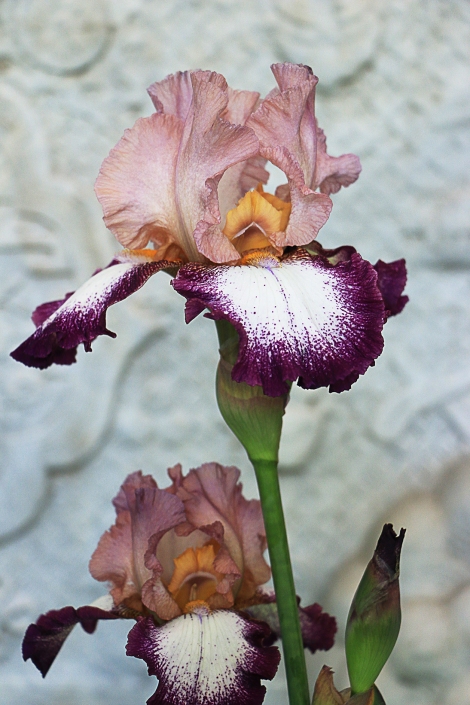 It does look like this flower was covered in frosting sugar; that’s confectioner’s sugar for those in the United States.

This bloom, like the other 62 entries in the competition, was grown by an individual in a home garden. It could have been his or her own hybrid.

As it was explained to me and Elan, my eldest: when a grower cultivates and hybridizes iris (cross pollenating two or more different plants) to make a brand new one; and then there is  three years of stable growth and consistent display with bulb development, it becomes possible for that grower to give the new hybrid a unique name and even sell the bulbs on a onesy-twosie basis. For a beaucoup buckaroos. It could be an oversimplication, but Elan was sparked by the idea of making his own Iris.

I pointed out that it would be a very appealing science project. We’ll see if Elan asks to go to the Mother’s Day sale organized by the Albuquerque Aril and Iris Society to buy a few bulbs for next spring….

One response to “Sugar Dusted”